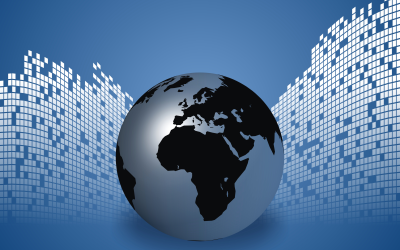 A shortened trading week saw oil and most industrial metals prices increase as investors become more confident that we are close to the trough in the commodity market. Flows into our commodity baskets echo this sentiment……

– Gold, viewed a defensive asset that performs poorly in higher real rate environments, saw a second consecutive week of outflows. We believe that such pessimism for the metal could be misplaced.

– Despite some optimism expressed in the market last week, we doubt OPEC will change course at its meeting on Friday.

More investors return to commodity markets. ETFS Longer Dated All Commodities GO UCITS ETF (COMF) received US$24.2mn last week in an  indication that more investors are convinced that commodities have hit a turning point. Year-todate inflows into diversified commodity baskets have risen to US$429.2mn this year, compared to US$206.1mn in 2014, US$53.5mn in 2013 and an outflow of 21.6mn in 2012. We have observed clear signs that a turning point is in sight for the beleaguered asset class. The prolonged period of underperformance has driven miners, smelters, drillers and other resource extractors to cut capital expenditure (capex), sowing the seeds for supply tightness in years to come. The cuts to capex are already biting into supply and it is a matter of time before there is a price-response.

Gold ETP outflows rise to US$75.5mn, marking a 15-week high. As the first Federal Reserve rate hike in nine years approaches, many investors are turned off the metal given its historic negative relation with long-term US Treasury yields. However, we would caution that tightening short-term interest rates may not simply translate in higher long-term nominal rates given the role of Treasuries as a policy tool, which could limit the downside for prices. Inflation on the other hand could rise more rapidly than widely expected. The simple rolling out of the base-effect from lower commodity prices a year ago is likely to push headline inflation from 0.2% in October 2015 to 1.5% by January 2016. Real Treasury yields could therefore remain depressed. We have observed that in previous rate hiking cycles (when rates are increased from very low levels) that the US Dollar actually depreciated (contrary to conventional thinking). If history is any guide to the future, gold and commodities in general could perform well when rate rise fears crystalise.

Oil ETPs see continued inflows ahead of OPEC meeting. We received a further US$16.8mn of inflows into long Brent and WTI oil ETPs. WTI gained 6.2%, while Brent gained 2.9% as Saudi Arabia softened it tone on encouraging the world’s high cost producers to cut back on production. However, we don’t read its recent comments as an indication it will push for OPEC supply cuts this week. In fact we believe that  Saudi Arabia won’t end the price war until it sees non-OPEC supply cut severely (which will be price positive) or it has run out of fiscal might (the latter will be some time in 2018).

Key events to watch this week. We will see if Draghi delivers on recent rhetoric about further loosening when the ECB meet this week. Meanwhile US payrolls numbers and Yellen’s testimony to congress will likely consolidate rate rise expectations set for the December 15/16 FOMC meeting. China manufacturing PMIs will be closely watched as a barometer for commodity demand. The RBA and BoC policy meetings this week could shed light on how the commodity exporting countries are faring under the strain of low prices.