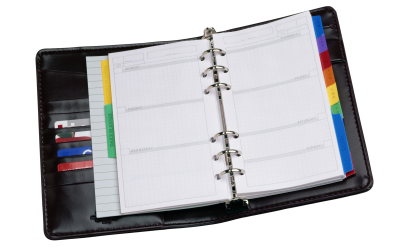 The week ended with a disappointing US labour market report, which has pushed out expectations for the Federal Reserve’s rate increase even further. Gold responded positively as investors favour the hard…

monetary asset against the US dollar, a currency they feel is being debased the longer the policy setting remains ultra-low. This week’s Fed meeting minutes could offer more clues as to when the central will likely raise rates.

Gold ETPs saw net inflows of US$5.5mn ahead of the release of the jobs report. That marked the third consecutive week of gold inflows. While significantly below the inflows of US$16.6mn and US$40.9mn in the prior two weeks, turnover was markedly high. Both large creations and large redemptions were made in the week highlighting the polarized views held by investors. Some investors are encouraged by increasing Chinese gold imports and seasonal demand in India. Other investors viewed the  Federal Reserve’s commitment to raise rates this year as a gold-negative development and continued to pare their holdings. We don’t think that a single labour market report will change the timing of the Fed’s decision to raise rates (which we believe will happen in December), but further pronounced data weakness could sway the central bank’s mind.

Platinum group metals diverge. Palladium gained 1.4% last week while platinum lost 2.9%. In the wake of the scandal at Volkswagen, many investors feel that there will be a consumer backlash against diesel cars, favouring their gasoline counterparts. Diesel cars use more platinum in their autocatalysts where as gasoline cars use more palladium. The scandal epitomizes a trend already in place. With tighter emissions regulations in Europe, targeting nitrogen oxide (NOx), as well as carbon monoxide (CO), platinum was already losing favour. Platinum, while very effective at converting CO to less harmful gases, is not quite as good at converting NOx. Palladium is better at removing NOx, encouraging higher loading of the metal in autocatalysts. Platinum ETPs saw US$11.3mn of outflows. Palladium also saw outflows as investors took profit.

WTI oil ETPs receive inflows, while Brent see outflows. Breaking a 14-week streak, Brent oil ETPs saw outflows last week after the price of the benchmark lost 1.0%. WTI sustained a more moderate decline, dropping just 0.4%. WTI oil ETPs saw inflows after a two-week break. Weak oil prices are driving cuts to upstream oil investment and spurring an increase in demand. An output glut will take time to work though, but the path to supply/demand balance could see the oil benchmarks reach  the US$60-70/bbl range in the latter half of 2016.

ETFS Daily Short Copper (SCOP) saw outflows of US$5.3mn as investors cut their bearish bets. Copper gained 0.9% last week as the prospects for supply tightening gathers pace. Major miners such as Glencore have indicated their intention to cut production and we could end up in the sixth consecutive year of a supply deficit if the trend continues.

Key events to watch this week. Investors will be poring over the FOMC meeting  minute for further clues as to which committee members are becoming more hawkish. Any sign that the central bank is eager to hit the trigger sooner than December could hurt gold prices.