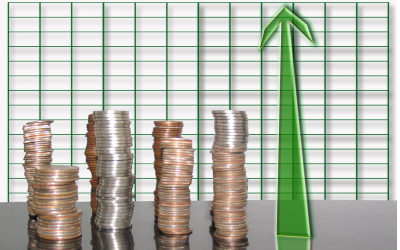 Non-farm payrolls in the US surprisingly missed expectations by a large 53k, reviving market uncertainty about the timing of rate increases in the US. Weaker-than-expected trade balance data in the US added…

pressure to the USD. Commodities rose 3% on average as a result. Continued declines in global supply of many commodities combined with further corporate adjustments in production and capital expenditure should continue to lend support to the asset class. The FOMC minutes suggest that a rate rise is still likely to happen late 2015. However, downside risks remain elevated leaving investors in a wait-and-see mode, with October and November payroll figures likely to settle the matter.

Rising uncertainty benefits gold. Gold ETPs recorded net inflows of US$18.4mn for the fourth consecutive week as US non-farm payroll released the previous Friday came out extremely weak at 53k below market expectations. Investors are now looking for signs that the Federal Reserve will still increase interest rates this year. Combined with weaker-than-expected US trade balance, the USD slid 1% over the past week to Thursday while gold price rose 1.9%. Silver ETPs on the other hand, saw net outflows of US$11.8mn, likely on profit taking as silver price surged 7.3% during the same period.

Increased volatility in the financial market lent buoyancy to silver, a commodity commonly considered as a leverage of gold. Net inflows into natural gas ETPs continue. Natural gas ETPs recorded another week of net inflows last week ahead of the winter heating season in the US. While the Energy Information Administration (EIA) expects natural gas demand from heating to be 10% lower than last year, the agency forecasts natural gas price to average US$2.81/MMBtu this year. Prices have averaged US$2.75/MMBtu so far this year suggesting that there is still scope for gains in the coming months. Meanwhile oil was the best performer of the week. Brent and WTI soared 11.2% and 10.5% respectively on the back of declining production in the US according to the EIA latest data. In addition, EIA expects global consumption growth to rise by 1.3mb/d in 2015 and 1.4mb/d in 2016, an upward revision of 100,000 barrels per day compared to September figures.

Positive sentiment should remain supportive of prices and eventually translate into flows. Copper rose on revised supply/demand balance. Copper ETPs saw net outflows of US$8.1mn last week as the International Copper Study Group (ICSG) revised down their forecast for 2015 surplus from 364k tonnes to 41k tonnes in their October report released last week, taking into account larger production cuts as a result of recent corporate announcements. The ICSG also expects copper to be in a 127k tonnes deficit in 2016 as opposed to the 228k tonnes surplus previously forecast.

Production drop boosted sugar price. Lower-than-average rainfall in India combined with excessive rain in Brazil and a production cut in China have reduced sugar global supply, sending the price of sugar to its 7-month high. Sugar spiked 35% since its lowest level in August. As a result, sugar ETPs recorded net outflows of US$5.2mn for the second week in a row on profit taking mainly from ETFS Sugar (SUGA) and ETFS Leveraged Sugar (LSUG).

Key events to watch this week. Chinese trade data will give an indication of demand from the world’s largest commodity consumer. The Consumer Price Index (CPI) and market confidence for the US and Europe will also be in focus.

WisdomTree Europe: Politica pro-crescita in Giappone — One Team, One Dream