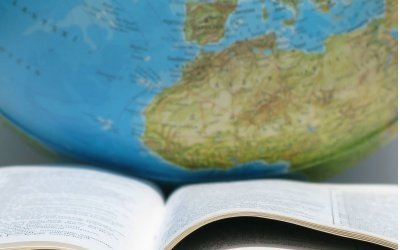 The rising potential of additional monetary stimulus from the European Central Bank is increasing the appeal of gold as a monetary hedge.

Bargain-hunting sees Brent crude ETP inflows hit 11 week high. Last week we saw US$10.9mn into long Brent oil ETPs and US$46.4mn into long WTI oil ETPs. Oil prices have declined to the lowest level since August 2015, helping to drive bargainhunting inflows of US$174.3mn over the past five weeks into oil ETPs. Oil prices have fallen to the lowest levels since August, as supply remains abundant. The IEA reported that record OECD stockpiles of 3bn barrels are comforting for the market, amid declining refinery capacity as a result of seasonal maintenance. Although the IEA expects weaker demand growth next year, US tight oil supply is also expected to decline in 2016. Nonetheless, ETP investors remain somewhat contrarian and are viewing the sector as attractively valued. While some investors are bargain-hunting, others are expecting further price declines. Inflows into ETFS Daily Short WTI Crude Oil (SOIL) hit the highest level since 2011, with US13.5mn of inflows last week.

Gold shines for investors for the 9th consecutive week. Despite further declines in price, investors continued to increase portfolio allocations to gold. Rising rate hike
expectations in the US have continued to pressure gold (priced in USD), with prices reaching the lowest level since August 2015. However, in Euro terms, gold has been a
solid performing asset, as it becomes increasingly clear that the European Central Bank plans to extend or expand its stimulus program in December. We believe that gold as a monetary hedge is a primary reason for investor inflows, with gold (in Euros) rising 3.6% during 2015. Further monetary stimulus is likely to lead to further Euro
weakness, a gain for European investors in the precious metal.

Key events to watch this week. Investors will be assessing the prospects for the US dollar this week, given the recent pressure it has applied to commodity prices: US
inflation readings are likely to be a key focus for investors, giving some indication of the amount of pipeline inflation pressure and the potential for rate hikes in the US. The
FOMC minutes will also be deconstructed to gauge not only the timing but the pace of rate hikes in 2016.