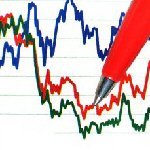 European and Asian stocks have started the week on a positive note after a volatile trading session last week. A feeble jobs report sparked a rush for safe haven assets with gold and silver posting their highest…

daily percentage gains this year. Optimism over the delay of a US rate hike seems to be dominating the minds of investors who will look towards global central banks to help restore demand. Central banks in Australia and UK will decide on the rate policy this week while Japan and US will respectively provide minutes for their past meetings.

Palladium gains after US auto sales surge ahead. In the wake of the diesel emissions scandal, Palladium known for its use in gasoline auto catalysts rose to a 3 month high $700 after the US dominated by gasoline cars released the strongest monthly auto sales data in a decade. Gold recorded its biggest daily percentage gain this year of 2.1% on Friday after the closely watched US payrolls data missed forecasts delaying the anticipated rate hike in the US. Silver profited in gold’s slipstream rising 4.7% marking its highest daily percentage gain since April this year. The prospect of sugar cane processors switching production from sugar to ethanol subsequent to Petrobras’s announcement of raising gasoline prices helped sugar attain a 20-week high at $13.51. In addition, the disruption of the Brazilian harvest due to adverse weather conditions lent support to sugar prices.

Fourth consecutive miss of payrolls data sends equities lower. Global equities logged their worst quarter since 2011 last week. Global equity indices traded in a volatile range after the weak US jobs data postponed the case for a rate hike. China’s September manufacturing data rose marginally but continued to show signs of contraction. Broadly driven by lower oil prices the euro areas inflation rate turned  negative in September, boosting the case for further quantitative easing by the  uropean Central Bank. Glencore became the latest victim of the commodity rout declining 30% on last Monday after analyst’s questioned the impact of its $30bn debt load on earnings. However it managed to stage a comeback rising 10% in London trading this morning on the back of reports that the company is in talks with potential buyers for its agriculture business. Investors enter the Q3 earnings season with caution as analysts remain bearish on outlooks.

Expectations of a Fed lift off pushed forward after weak jobs data. The fourth consecutive miss in US non-farm payrolls data coupled with a downward revision by 35k in last month’s low print of 173k sent major currencies higher against the US dollar. The markets were quick to price out a December rate hike with the probability falling to 8% and will closely scrutinize the minutes of the FOMC meeting this week. Despite stronger lending and mortgage approvals data, the pound came under pressure this week due to weak manufacturing data. The Aussie dollar benefitted from the mildly positive Chinese data earlier in the week. The Reserve Bank of Australia is expected to keep rates on hold this week. The Reserve Bank of India cut rates to 6.75%, 50bps more than expected citing uncertainty in the global economy.