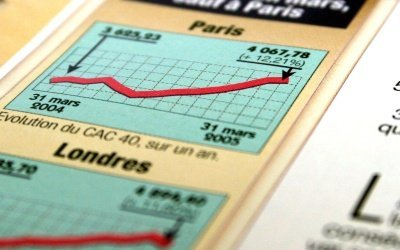 I feel a deep sense of shame. Not because of a day spent in Stockholm lauding the January improvement in service sector PMIs in China, Japan, India, Sweden and the UK, to then…

find that the US equivalent fell to 53.5 (dollar strength may be redistributing growth). Nor is it because I have been overweight equity-like assets during the recent sell-off (even if we did cut positions in December — see Reducing and diversifying risk).

No the shame to which I refer is at the collective reaction of the UK to the refugee crisis, in particular the initial offer to welcome only 20,000 of them over four years. However, the UK’s lack of generosity relative to Germany, say, may be justified on economic, if not moral, grounds.

Out of a starting population close to 23 million, 4.6m Syrians are now reckoned to be refugees and 6.6m are displaced within Syria (see this from World Vision). As reported here by the UN, most of the refugees are based in countries bordering Syria (2.5m in Turkey and 1.1m in Lebanon, for example) and only 10% have fled to Europe. Interestingly, only 48% of the 1.1m arrivals in Europe since the beginning of 2015 were from Syria (21% were from Afghanistan and 9% from Iraq – UN).

For sure, the UK is among the leaders when it comes to providing aid for those staying close to Syria (last week it pledged to double its commitment to around $1.75bn over four years, compared to $3bn from the EU, $2.6bn from Germany and $925m from the US – see FT). So why not accept more refugees?

Apart from growing concerns around immigration in general, is it simply that the UK has less need of an inflow of young workers than Germany, as suggested by Figure 1?

An inflow of young workers could be just the tonic the ageing German population needs, especially with unemployment at record lows and the country even seeking to entice young British workers (see Come to Germany to work and find love). Figure 1 suggests the UK has fewer demographic issues (in fact the population is expected to climb by about 10m by 2050), while Italy faces an even bigger problem than Germany.

Apart from longer term demographic benefits, we should also look at more immediate cyclical positives. The existence of a large current account surplus in Germany (see Figure 2) is the result of excess savings (versus investment). Taking money from the existing citizens that are not spending it (low marginal propensity to consume) and giving it to those who are arriving with nothing (probably high marginal propensity to consume) is likely to reduce the overall savings ratio and boost consumer spending. The fact that the German government is running a surplus argues for the use of deficit spending — why not take advantage of negative bond yields to bring in the workforce that could help finance the next generation of pensioners?

The UK also has a savings imbalance but in the wrong direction – we do not save enough and the last thing this economy needs is to be pushed even further into disequilibrium (see Figure 2). Sweden, the other generous home for refugees, is somewhere between – it has as little to gain as the UK from a demographic perspective but could benefit from a reduction in its savings excess. Italy needs the demographic boost more than Germany (Figure 1) and has some, but limited, ability to pay now (Figure 2).

So, the shame at the attitude of the UK government is tempered by the fact that Germany and other countries are more in need of an influx of young workers and that the European economy could be helped by the reduction of savings imbalances were Germany to follow through on the brave stance taken by Angela Merkel. Wage inflation would be tempered, the ECB could stay looser for longer, growth would be higher and the European economy would have less imbalances and be more stable. What’s not to like?