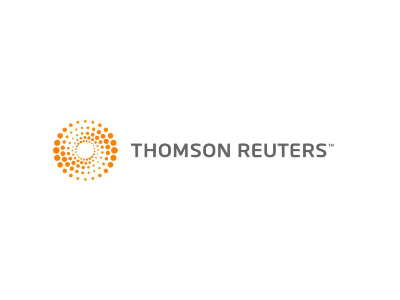 In hindsight the year 2016 was a very successful year for the European fund industry……….….

A closer look at the fund flows unveils that the year 2016 didn’t seem to be that successful for promoters of actively managed funds, since exchange-traded funds (ETFs) contributed €41.1 bn to the overall net inflows and money market products contributed another €110.7 bn. This split of fund flows is not at all unusual, but it shows that it is important to look below the headline numbers to get a better understanding of the trends and possible changes of dynamics in the market.

That said, it might be appropriate to review the single asset classes in even more detail. Splitting the flows for the year 2016 into asset and product types unveils that the equity segment showed quite an unusual flow pattern. While actively managed equity funds faced net outflows (-€43.7 bn) over the course of 2016, their passive peers enjoyed quite healthy net inflows of €15.5 bn.

Looking at the overall fund flows for the equity segment (-€28.2 bn), one may conclude that European investors have become more risk cautious and have reduced their positions in equities. A more detailed view may lead to the assumption that European investors have made a decision against actively managed equity funds and seem to favor ETFs instead.

To evaluate if this is really the case, one needs to look at the flows at the peer group level. A split at the level of the Lipper global classifications shows that the underlying trends and therefore the fund flows were the same; i.e., net outflows and net inflows, respectively, for active funds and ETFs for the majority (75) of the 107 Lipper global classifications available in the European market. That also meant that 32 peer groups showed different dynamics between the two product types. In some cases these dynamics were in the favor of actively managed funds, while in others the flows were in the favor of ETFs.

Many of the differences between the flows into actively managed funds and ETFs can be explained as asset allocation calls for sectors or countries that are seen as less efficient. That is, actively managed funds should be able to take advantage of the inefficiencies and earn a premium compared to their passive peers, or the other way around if a sector or market is considered efficient.

In some cases one can’t explain the flow pattern in the individual Lipper global classifications that easily. Two examples are the Equity US and Equity UK classifications (shown in Graph 3 below). Both peer groups showed relatively high net outflows from actively managed funds, while ETFs had net inflows. A simple assumption might be that investors sold the actively managed funds and at least partly replaced them with ETFs. But, given the political votes in these two countries over the course of 2016, from my point of view this explanation does not unveil the whole picture. Instead, I would assume European investors reduced their strategic exposure in actively managed products to the two markets prior to the “Brexit” vote in the United Kingdom and the presidential election in the United States and then bought back into the markets to take profits from a tactical move. This would mean European investors did not necessarily prefer ETFs by default. Rather, they made a tactical asset allocation decision and used products suitable for short- to mediumterm trading, instead of buying into products with a long-term investment approach that may have not delivered a good market return over the short- to medium-term horizon.

If this assumption is wrong, the year 2016 could have marked a general shift in behavior for European investors. This could mean they are selling positions in actively managed funds and replacing them with cheap passive products. Market observers will need to wait for more evidence. It can’t be said yet that the market dynamics in the active versus passive battle have changed in Europe, even though equity ETFs were ahead for 2016. However, these flow numbers for 2016 do clearly show that ETFs are widely accepted and used products that can become a threat for actively managed products. I strongly believe the competition for net inflows in Europe will increase further over the coming years. That will be good for investors, since it should further increase the pressure on costs and performance of actively managed funds.